Hello everyball! It's time for another CrossCode update! Version 1.0.3 adds a couple new quests, more NPC dialogs and a few small details here and there. 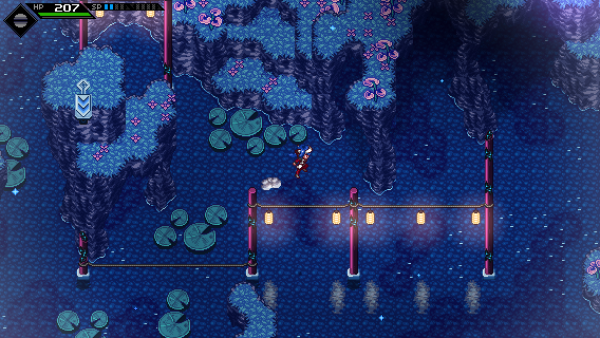 With this version we fulfill our long-standing promise to finally conclude "A Promise is a Promise" quest line! And here it is, complete with a new boss fight and a fair bit of plot development! Have a look around Rhombus Square and you might spot D'kar in a new building you can enter! 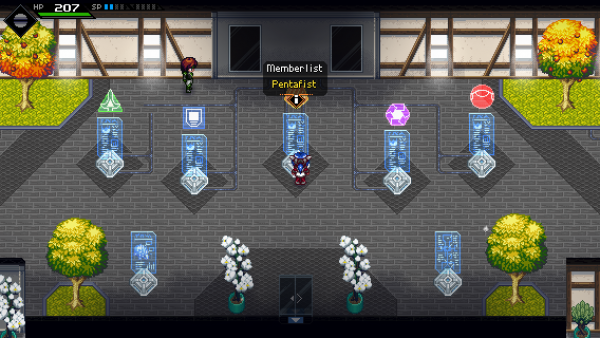 In other news: The Last Minute Heroes guild headquarters is finally open to everyone! And they even have a quest for you! However, you'll actually find that one in Sapphire Ridge towards the end of the game. Check out the bulletin board in the Cave Inn! 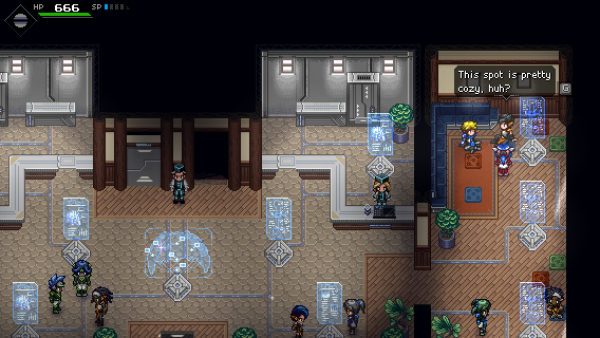 All the NPC dialogs of the recent contest have been implemented, so now you can finally find out what they have to say!

You might also notice that a new consumable item is dropped by the Moon bugs in Sapphire Ridge - you'll also find it in the Backer Store of Rookie Harbor.

And finally, if you'd like to see Lea acting out a very, very dated meme, try the new Caramelldansen bonus code.

Next Steps
Now the time as come to tackle the big features! We recently started with the implementation of the Arena in Rhombus Square, which will include a multitude of combat challenges including of course a boss rush mode! We'll post a few more details about it soon. For now, have a WIP screenshot of the Cup selection menu: 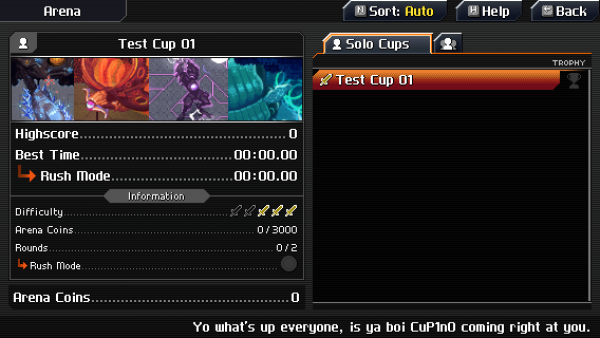 Another feature we'll work on next is the New Game+ mode that will allow you to replay the game with certain aspects changed. What aspects exactly? More about this in the next blog post!

Both the Arena and New Game+ modes are part of our new milestone for version 1.0.4 that we hope to release in April 2019. Of course, it will also come with more quests, NPCs and other things.

A retro-inspired 2D Action-RPG set in the distant future